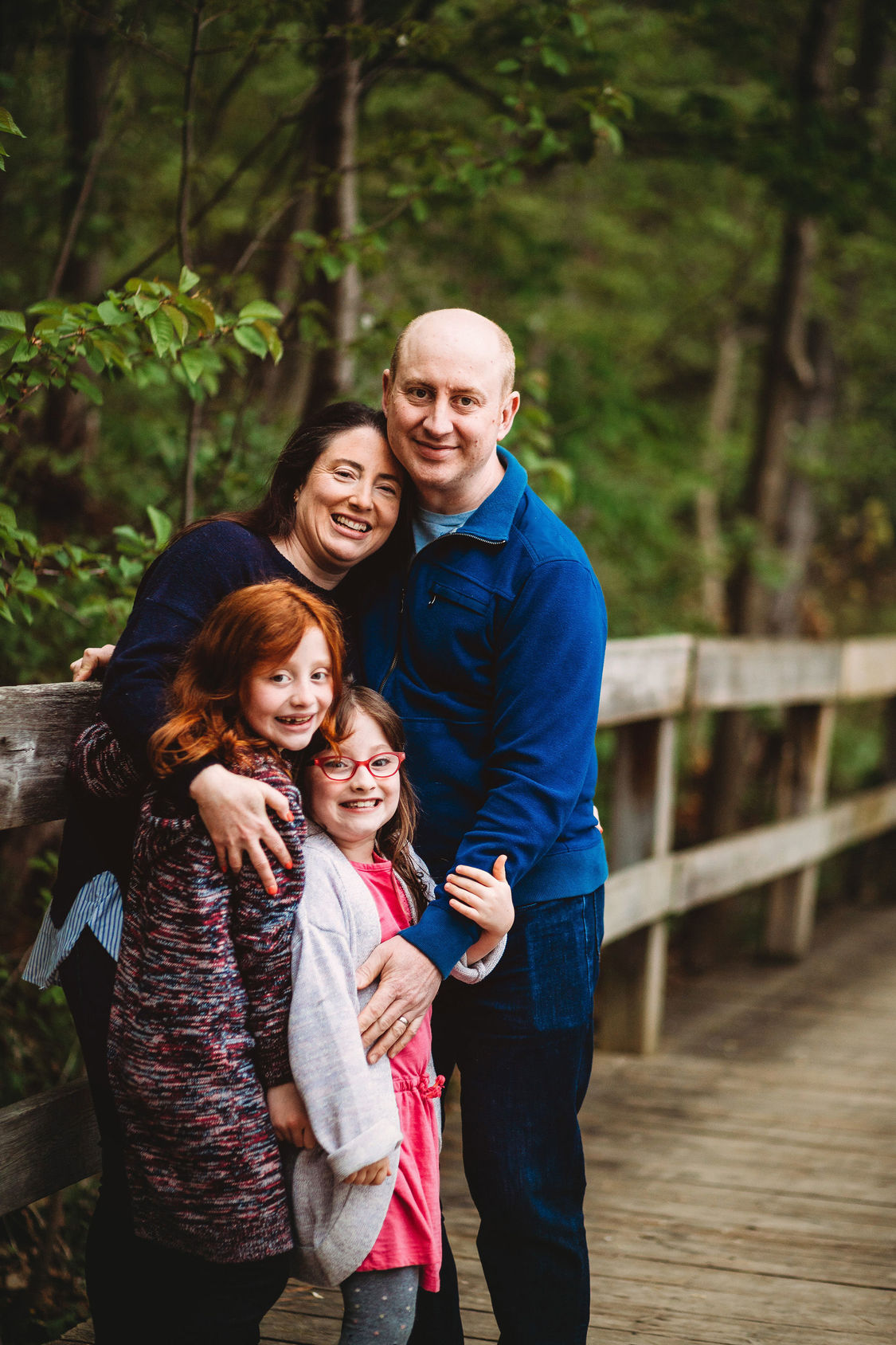 After almost 2 years of trying to conceive, including a miscarriage and several unsuccessful fertility treatments, we were overjoyed to learn we were expecting twins.

At the 19 week ultrasound, we learned we were having two girls! However, the technician noted an anomaly on the ultrasound that required further investigation. We were told that "Baby B" had something called "lemon head" and a club foot. The doctor advised that the "lemon head" was an indication of hydrocephalus and the presence of both of these conditions suggested our baby had spina bifida. We were overwhelmed. I felt like I was drowning.

Our doctor (a high risk obstetrician in a big city hospital) told us we had the option to terminate, but save Baby A. Was this really happening?

He also told us there was hope. Over the next 2 weeks we met with top experts - a pediatric neurosurgeon, a genetic counselor, and a neonatologist. The most important meeting of all was with Dr. Paige Church and nurse Julia Lyons at Holland Bloorview Kids Rehabilitation Hospital. They talked to us about all the children and families they knew through the spina bifida clinic at the hospital. After that conversation, we knew we were going to be ok. All four of us were going to be just fine.

The girls were born premature under stressful circumstances. Baby B became Audrey. She had her post-natal closure surgery about 36 hours after birth, and a shunt surgery about 2 weeks later. Their first month of life was exciting and hectic for us, as our girls were in the NICUs of 2 different hospitals. Her sister Sidney has no lasting health effects from her premature birth.

Audrey is now almost 10 years old. Spina bifida is a part of her life, but it does not define her. She is a happy and healthy little girl, just like her sister. She loves animals and the outdoors and watching movies. She has an incredible imagination. She tells the best stories. She and her sister have a wonderful relationship. Our home and our lives are filled with love and fun and adventure. And they're also full of the mundane things that make up everyday life. I love our family.

And every night when I tuck her into bed, I tell her "I love you to the moon and back, times infinity. I'm so glad you're here."