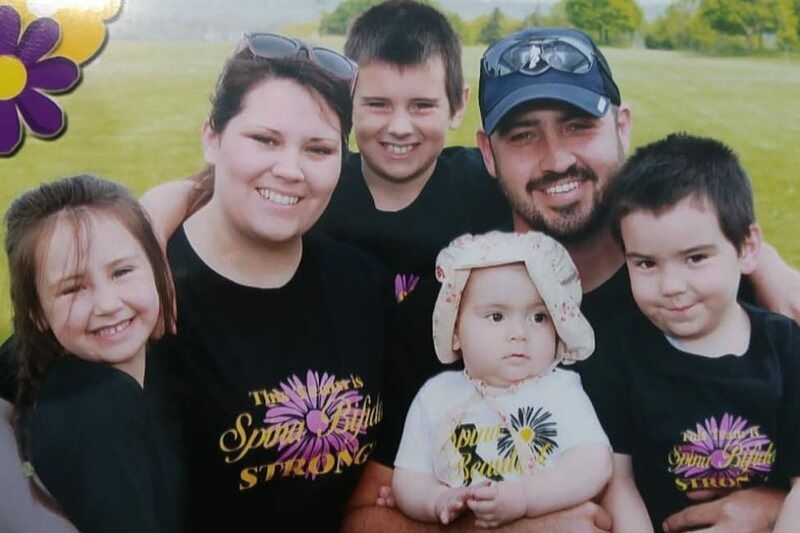 In late November 2017, we were excited to learn the sex of baby number four. The whole family was coming to the appointment. During the appointment, it became clear something was wrong. After more scans, we were instructed to call our midwife for the results. My heart sank into my stomach.

The only thing I remember from that call are the words “spina bifida”. We were quickly referred for more appointments for genetic testing, counseling, social workers, and specialists. We were told multiple times that we could terminate the pregnancy. We were told there was no hope. It was all worst-case scenarios and no positive prospects. We finally met a doctor who referred us to the team in Toronto that had just started performing fetal surgeries. We knew God gave us this child for a reason and we were not giving up on her.

About two weeks after diagnosis day, we were meeting with our miracle team at Mount Sinai. We completed the testing and were approved for surgery. It was refreshing to be in an environment filled with positivity and hope for the future.

On January 9, 2018 we had our fetal surgery; the 5 th performed in Canada. We were released after 5 days to a donated apartment for very high-risk pregnancies. I had some dark moments in that apartment, depressed being away from my kids, not being able to do anything and still in some pain. After a month we negotiated our way back home with a plan for a c-section at the end of March.

In mid-February I began experiencing some concerning symptoms and we decided to go to the hospital. It was too soon, but our daughter was coming. In the early morning of February 26, 2018 at just 31.6 weeks, Haven made her entrance. She was 3lbs 15oz of perfection. She came out swinging her legs giving everyone a show. After 3.5 weeks in the NICU/nursery, we got to go home. It was bittersweet leaving the hospital, and also a bit scary, but it felt good to be home, reunited with our family.

Today Haven is thriving! She is doing so much more than we expected! She is mobile – she crawls and scoots in her wheelchair. She is independent and the apple of our eye. She can feed herself and has no issues with her brain. She wears AFOs (ankle braces) but she couldn’t be more perfect. We have been so blessed to have her join our family. She has allowed us to help others in ways we never imagined and brought people together in ways she may never understand. We are so excited to see what the future holds.