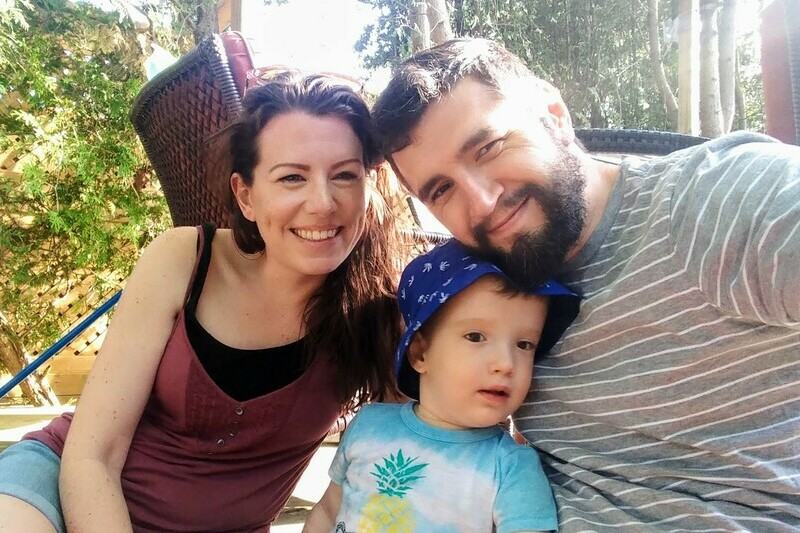 My 20-week ultrasound was supposed to be just another routine appointment. We already knew the sex of the baby from early genetic testing, which also told us the baby was “healthy.” So I sat there blissfully unaware that anything was wrong as the ultrasound went on longer than expected. Even after the technician called in the head radiologist, I still didn’t clue in – Mount Sinai is a teaching hospital after all. When he finally told us there were abnormalities in our baby’s brain, and it looked like spina bifida, my world stopped. What did that mean? What were those words?

We turned to Google.

We were frightened and confused by what we saw. Then I searched “causes of spina bifida” and the guilt set in. This was my fault. I didn’t take enough folic acid. I got pregnant too quickly after a miscarriage. My body didn’t protect my baby like it should have. I resolved to do anything I could to make it up to my baby.

Fortunately for us, we were able to see a genetic counsellor the next day. The moment she mentioned fetal surgery, I told her I would do it. While my initial decision was rash, after we met with the team of doctors and nurses, weighed the pros and cons, we decided that fetal surgery really was the right decision for our family. Eventually I would come to realize the guilt I felt was misguided – there was nothing I could have done that would have led to a different outcome. But that was a longer journey.

We had fetal surgery on March 20, 2018 and it went well. I was discharged from the hospital and spent a few weeks recovering at home, until my membranes ruptured. I was quickly readmitted to the hospital, put on strict bedrest and closely monitored. Four weeks later Matteo was born. He spent 24 days in the NICU before finally coming home. Leaving the hospital that first night without our baby was harder than anything we had endured so far, even though we knew he was exactly where he needed to be.

All of this feels like a distant dream now. We’ve made so many new memories and seen our baby grow and thrive. Spina bifida is an important part of our lives – it’s made us more resilient, open-minded and appreciative of what we have. There will be challenges in the future, but we are well-equipped and supported to handle them. We hope to provide that same support to other Canadian SB families.